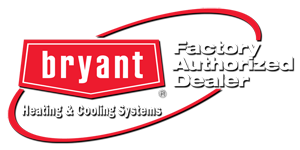 We are proud to be part of this community, serving your heating and air conditioning needs. Whether you need repair, replacement or a new installation of a furnace, air conditioner, heat pump or air filtration system, we get the job right the first time. Our certified technicians service all furnace and air conditioning make and models.

We offer the following in Fulton, IL

About Fulton, IL - Happy to be your hometown Heating & Air Conditioning Contractor!

Along the Mississippi River in western Illinois is a small city known as Fulton. It is positioned in Whiteside County and was populated by approximately 3,333 people as of 2016 according to the United States Census Bureau. Fulton is estimated to be the fourth largest city in Whiteside County.

Individuals who visit the small city known as Fulton will discover a charming Illinois city. Fulton is named in honor of Robert Fulton who invented the steamboat. Fulton is quite old, and a United States Postal Service office has operated in the city since 1838. Today, Fulton features historic neighborhoods, a quaint downtown area, and locally owned shops and eateries. Fulton is also home to Pleasure Park, Triple Play Bowling & Banquet, Fulton High School, Martin House Museum, and more. In Fulton, Illinois, individuals enjoy an excellent life in a small city.

Fulton residents find it necessary to have cooling and heating systems installed in their homes. The city is in a region of the United States that experiences warm summers and very cool winter seasons. Professional HVAC technicians recommend central air conditioning units and furnaces for installation in Fulton homes. During June, July, and August, the average daytime temperature highs range from the low to mid-80s. Also, precipitation is common during the summer months. When properly installed and well maintained, central air conditioning units are sufficient to provide cooling power to homes in Fulton.

In addition to cooling systems, residents of Fulton find it necessary to have access to heating units in their homes. During December, January, and February, the average daytime temperature highs range from the upper-20s to low-30s. At night, temperatures range from the low to mid-teens. Also, snowfall is common in Fulton, Illinois. Furnaces are best equipped to heat homes in the city. During the long winter seasons, efficient heating systems can literally be lifesavers to residents of Fulton, Illinois.